Dominion is a 2018 feature-length documentary about the human dominion over other animals.

With the help of drones and sophisticated hidden cameras, this documentary exposes the dark secrets of modern animal agriculture in Australia.

In order to help more animals escape a fate of misery, please give vegan food a try. For an easy start, join Challenge 22 to get free guidance and support for 22 days.

Aussie Farms is a nonprofit animal liberation organization based in Australia. Established in 2014 by Chris Delforce, Aussie Farms run multiple campaigns to expose the systematic torture of animals across Australia.

The organization aims to break down the secrecy and deception used by industries that exploit animals for profit.

Among others, Aussie Farms is behind The Aussie Farm Repository, in addition to filming, directing & producing the 2018 feature-length documentary, Dominion.

EARTHLINGS is the single most powerful & informative documentary about society's tragic use of non-human animals. Narrated by Joaquin Phoenix.

Dominion is a 2018 film about the human dominion over the animal kingdom. Narrated by Joaquin Phoenix, Sia, Rooney Mara, Kat Von D and Sadie Sink.

Eating Veg - All the Reasons to Go Vegan

Eating Veg is a phenomenal and highly engaging short documentary that goes over all the reasons to become vegan.
Watch now

Land of Hope and Glory

This documentary is UK's version of Earthlings, as it exposes the hidden truths behind animal farming in the UK. Narrated by Earthling Ed. 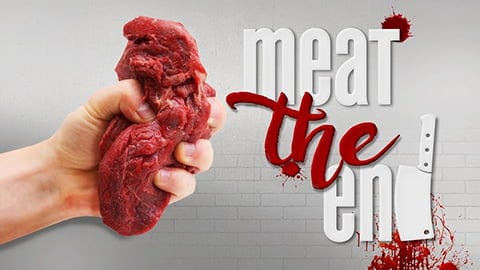 This important documentary from Unilad makes a strong case for veganism by presenting the destructive consequences of animal agriculture.

Liberty - Joaquin Phoenix Rescues a Mother Cow and her Baby

Liberty follows Joaquin Phoenix on his quest to rescue a baby calf, day after winning the Oscars. A beautiful short film by Shaun Monson, the director of Earthlings.