Kosher Slaughter of a Pregnant Dairy Cow With Twins

Kosher Slaughter of a Pregnant Dairy Cow With Twins

This Kosher slaughter of a pregnant dairy cow was filmed in Israel. This abhorrent act is one of the darkest secrets of the dairy industry. A study held at a slaughterhouse in the UK, discovered that 23.5% of cows were pregnant during slaughter. From which, 26.9% were in their third trimester!

In this video, we can see a pregnant dairy cow lying on the floor. Then, a man cuts her throat with a sharp knife. Immediately after and while the mother is still dying, another man cuts into her stomach and takes out her two unborn babies.

The act of slaughter is always merciless and violent, no matter if done in a Kosher way or not. Since no religion in the world mandates the killing of animals, both religious and atheists alike are free to choose kindness over violence.

In order to make this world a kinder place for mothers and babies, please give vegan food a try. For an easy start, join Challenge 22 to get free guidance and support for 22 days.
Share:

More videos about pregnancy at slaughter and dairy production:

Kosher Slaughter of a Pregnant Cow With Twins

Cow Gives Birth at a Slaughterhouse Hours Before She's Killed

Can we even begin to imagine how it feels to give birth while smelling the blood of your friends? 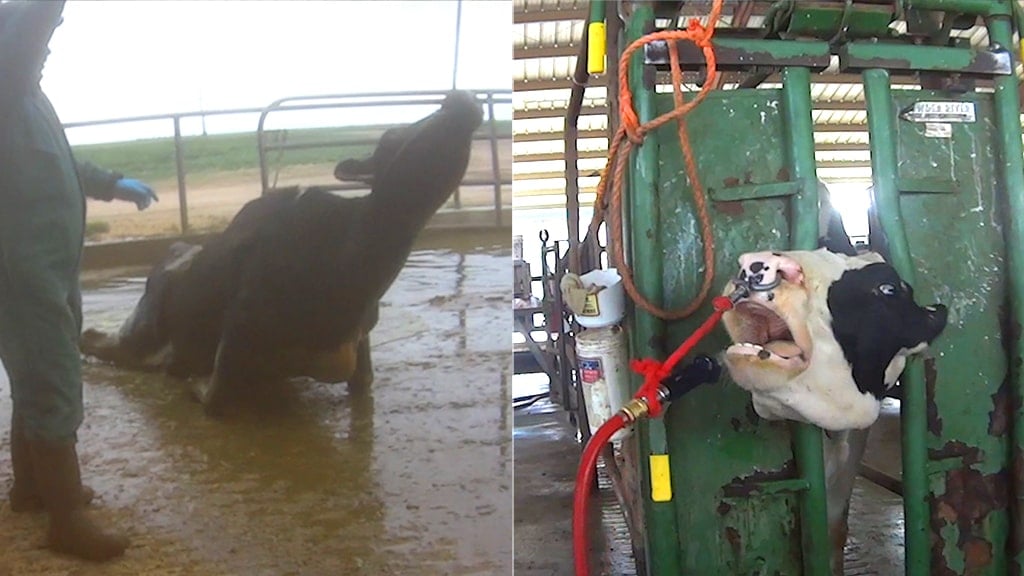