This insane scene of thousands of pigs being buried alive in a mass grave was filmed in China after some pigs were tested positive with the African Swine Fever virus (ASF) in early 2019.

As can be seen in the video, the distressed pigs are screaming in terror, as they pile up one on top of the other inside the mass grave.

Why are pigs buried alive?

Pigs are buried alive because it's a cheap way for pig farms to get rid of a large number of animals at once. Their unimaginable suffering in the midst of this horror scene was of no concern to the meat industry or the authorities. 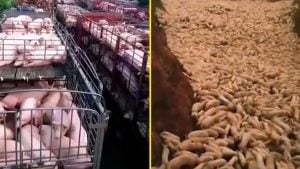 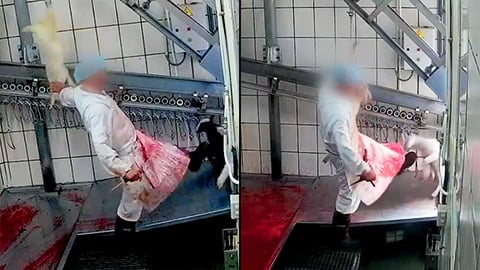