Sadly, the vast majority of animals who are raised for meat are killed at a fraction of their natural lifespan.

Chicken meat, for example, is actually made from 42-day-old chicks who were genetically bred to be obese. Much like dogs, chickens can live to be 10 years or older!

Pigs, similarly to some cats, can live to be 20 years. And yet, they are killed at 6 months old! At 6 months old, cats are considered kittens. And the same also applies to 6-month-old piglets. Their appearance may seem all grown up, but that's just because they are genetically bred to be obese.

This award-winning short film will leave most viewers speechless and with a lot to think about.
Watch now 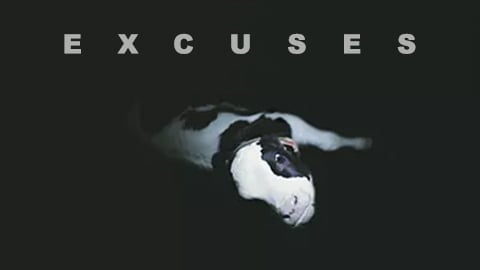 Produced by Mercy For Animals, this powerful piece manages to touch the heart deeply.

A shocking video that captures the horrors baby chicks endure on their first day of life - THROUGH THEIR EYES.

With poignant words, coming straight from his heart, David Coles is able to make us see our actions for what they are.

Could You Imagine Yourself in Their Place?

A short video that manages to touch the heart deeply.

Animals Ask Humans: What Are We?

This powerful video raises the question animals should be asking humans: What are we?

COVID-19: The Other Side of the Story

For us it was temporary, but what about the other animals?

The Lesson We Have Yet To Learn From COVID-19

A reflection on how our behavior towards other animals compares to what Covid-19 did to us. 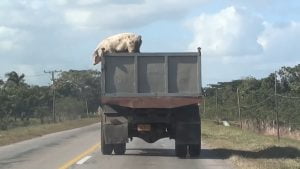 Can You See The World Through Their Eyes?

This short video deeply moves the heart by showing how much sorrow we cause other animals.

Can You Imagine Being in the Animals' Place?

This heart touching video sheds some light on the tragic lives of so many animals around the world. 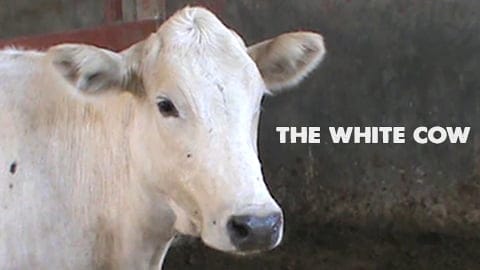 The story of the white cow is one of the most powerful stories ever told. This video will change your entire perception of meat. 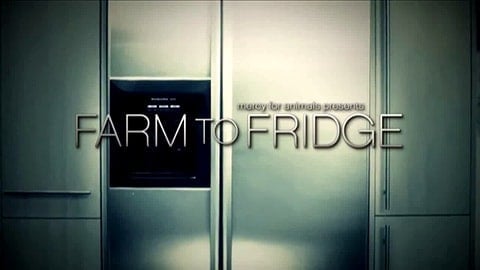 5 Unimaginable Scenarios from Inside a Slaughterhouse

From the same team as Casa de Carne, this short film delivers a powerful message in a brilliant way.
Watch now

Animals Are Not Things (Graphic)

Animals Are Not Things is a shocking video about our treatment of other animals.
Watch now

Factory Farming: The Truth is Hard to Swallow

This powerful ad left a lot of viewers in shock while it played in movie theaters.

We Made Them Helpless

An eye-opening video about the shocking methods that humans use to make farmed animals weak and helpless.

Watch the incredible, yet heart-breaking moment of a baby cow reuniting with his mother after they were separated.

A spectacular trailer for maybe the most powerful documentary of all time.
Watch now

A beautiful video that delivers a message of compassion in a creative way.
Watch now

In this emotional video we can see how animals react when they lose someone they love.
Watch now

The Fate of Male Baby Calve in the Dairy Industry

This heart touching video doesn't show how the short lives of male calves end, but it does raise a vital question.
Watch now

Dedicated to mother's day, this video from Mercy For Animals will touch your heart deeply.

The Hidden Lives of Hens

This amazing video shows the natural and normal needs of hens. These needs are never met during their tragic lives in the egg industry. 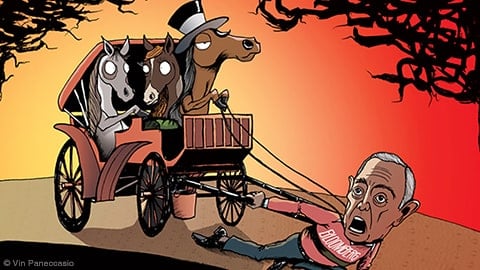 Powerful art shows us what it's like to be an animal in today's world.

Can you Guess what these Girls are Watching?

Watch how young teenagers react when they see for the first time the inside of factory farms. This brilliant video went viral and was watched by millions.
Watch now

I'd Love To Eat Meat Again

The heart touching story of a mother whose baby was taken away from her.
Watch now

The Life of a Chicken

The life of a chicken raised for meat, from the chicken’s point of view.
Watch now

The Life of a Dairy Cow

Learn about the life of dairy cows, through the eyes of one dairy cow.
Watch now

The Life of a Mother Pig

Learn about the life of mother pigs from one pig's point of view.
Watch now

A powerful trailer for an extraordinary documentary.
Watch now

Everything you're about to witness in this powerful video is considered standard & acceptable by the industry.
Watch now

Animals Are Not Trash

Animals Are Not Trash gives a shocking look about the ways we treat other animals.
Watch now

You Would Never Do This Yourself

An emotional video about 6 things we will never do to animals.
Watch now

The Story of a Newborn Piglet

A heart touching video about a piglet who got stuck in a gate on a pig farm in Germany.
Watch now

The heartbreaking story of male chicks in India's egg industry.

Abrilliant video that covers some of the reasons why the word "vegan" can evokes such emotional responses.

Produced by PETA, this short clip uses creativity to reveal where bacon comes from.
Watch now

Glass of Milk in Reverse

Produced by PETA, this short clip uses creativity to reveal where milk comes from.
Watch now

Produced by PETA, this short video reveals where chicken wings and chicken nuggets come from in a unique way.
Watch now

We humans constantly speak and pray for peace on earth. But are our actions aligned with this prayer?
Watch now

All babies want to play, learn and love. Will we be kind enough to allow them to fulfill their needs?

The Madness Behind Animal Slaughter

What exactly do we pay for when we buy meat? The words of Gary Yourofsky are so powerful.

In memory of Regan Russell, this heartfelt video features the peaceful act of bearing witness to pigs.

Produced by Farm Transparency Project, this powerful video can encourage any viewer to take action to end the injustice towards animals.
Watch now

From the same director as Casa de Carne, this short film delivers an important message in a powerful way.
Watch now

In Every Way That Matters